Here’s what working with Sunny is about

If you say to yourself: 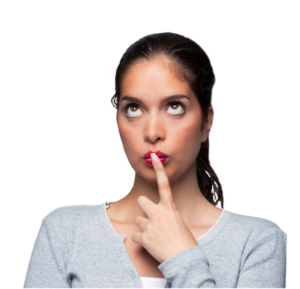 Then you’re in the right place. It is possible for you to find happiness. I can guide you.

You have the power to create the life you want. I believe this completely. You can get unstuck.

You can achieve the goals you deeply desire simply by learning to use these self-care tools and practices that have helped scores of my clients.

When you’re in pain, it’s hard to see how you can ever be free. Instead of staying trapped and frustrated, you can take action that gives you relief. I can show you how to find the happiness that’s hidden inside you.

I will share with you simple and easy-to-use modalities and practices that will enable you to feel more in control of your emotional state and happiness. Clients report that they see improvement far more quickly compared to talk therapy.

Why these tools work

When you stop running away from your unhappy feelings and safely confront them instead, you gain control over them – and eventually they go away.

It is by regularly using these modalities, techniques, practices, insights and the new knowledge that you’ll no longer be driven by old, negative scripts.

And now you are free to choose new goals. You can design the life you want.

“It was astonishing how quickly Sunny was able to discover the deep-lying cause of my condition. After the first session, my symptoms were already gone. For me, it was a miracle!”

“Her bubbly and positive energy radiates throughout the session. You always leave feeling transformed in body, mind and soul. You instantly feel changed.”

“Having been in conventional therapy for years, I did not accomplish a fraction of what has changed in one year of working with Sunny without the use of ANY medication.”

My grandfather’s story inspired me to pursue a career in alternative medicine. After doctors gave him months to live, another doctor used holistic remedies to heal his deadly cancer.

Later, as a teenager in my native Germany, I was diagnosed with a rare, incurable joint disease. Doctors told me I could never do any sports again and advised me to protect my joints from any strain.

But I rejected their prognosis. Instead, just like my grandfather, I chose naturopathic means of treatment.

I knew that if my naturopathic doctor’s holistic treatments worked, I would live a normal life. But if they failed, I would never again do anything physical without fear and risk of permanent damage.

I was completely healed through an anthroposophical approach to homeopathy. I devoted myself to help others find health and happiness as I did through alternative means.

While still in Germany, I became a naturopath and holistic psychotherapist. But soon I realized that someone’s physical issues couldn’t be separated from their mind and emotions. Now my main focus is helping my clients change and heal their mental and emotional state of being.

Since the beginning, I’ve always searched for more effective and faster ways to relieve physical and emotional suffering. Each new technique, modality or practice I learned, led me to another.

After training in Traditional Chinese Medicine, I discovered Tapping – which is also meridian based. And now, by expanding to PSTEC (Percussive Suggestion Technique™), I see my clients get even faster results when it is combined with other options.

Specifically, I combine my 20 plus years of experience with what clients have called “keen intuitive skills” to address each client’s unique needs and goals.

“No matter what negative emotions or memories surface during a session, she provides a safe and secure space in which I can open up without being judged. I am grateful that you are there, Sunny!”

“This session with Sunny had a magical effect on me. I felt happy and able to forgive and communicate with people who I believed had hurt me.”

“After just one session with Sunny, my whole entire experience around the fear of money vanished.  I’m bringing in more money than ever before, and I have total trust my abundance will continue.”

This website uses cookies to improve your experience while you navigate through the website. Out of these, the cookies that are categorized as necessary are stored on your browser as they are essential for the working of basic functionalities of the website. We also use third-party cookies that help us analyze and understand how you use this website. These cookies will be stored in your browser only with your consent. You also have the option to opt-out of these cookies. But opting out of some of these cookies may affect your browsing experience.
Necessary Always Enabled
Necessary cookies are absolutely essential for the website to function properly. This category only includes cookies that ensures basic functionalities and security features of the website. These cookies do not store any personal information.
Non-necessary
Any cookies that may not be particularly necessary for the website to function and is used specifically to collect user personal data via analytics, ads, other embedded contents are termed as non-necessary cookies. It is mandatory to procure user consent prior to running these cookies on your website.
SAVE & ACCEPT
Go to Top